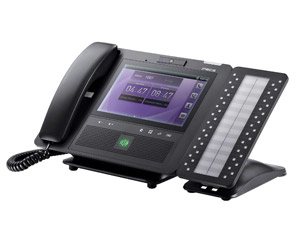 About Voip phone Perth: Voice over IP or VoIP protocols are commonly referred to for Protocols which are used to carry voice signals over the IP network. Cost savings are provided by using a single network to carry both voice and data, especially where users have existing capacity on their network to allow use for VoIP at no additional cost. VoIP to VoIP phone calls on any provider are typically free, while VoIP to Public Switched Telephone Network calls will generally cost the VoIP user.

VoIP (Voice over Internet Protocol) now represents the latest in phone system technology. This is due to regular voice calls being sent

over a computer based network instead of traditional phone lines. In its most basic form, VoIP consists of a regular phone, an adapter, broadband Internet service, and a subscription to a VoIP service. When a call is made, it is sent via the Internet as data until it nears the recievers destination, which then the call is translated back into a more traditional format to complete the trip over a standard phone line. The process allows for extremely cheap long-distance and international calls.

VoIP allows the combination of multiple offices on a single phone system. A VoIP phone system can completely eliminate long-distance calling charges between them no matter how remote the location, even though it does not replace your existing phone service to the outside world.

Phone Systems Perth can provide either “pure” IP systems that have evolved from the developments of IT companies or converged solutions that have been developed by the leading manufacturers of telephone systems. These allow you to use both the legacy networks of the telephone carriers while also managing voice and data applications on the one network using IP technology. Phone Systems Perth can provide VoIP that works for the smallest offices and the largest enterprises. Replacing traditional phone systems with VoIP for medium to large customers is easy as the pricing is similar and benefits to customers is significant.

Instead of using the standard phone technology where a dedicated path from caller to receiver is reserved for their entire conversation, VoIP phone systems treat voices as data sent over internet networks, turning your words into tiny packets of information. When these packets arrive at the other end of the call, the data is transferred back into audio.

Several components are needed to set up a business VoIP system. This includes a central device that manages the calls like the central controller used in a traditional phone system. A data network and phones are also needed. An existing digital phone and computer network may also be utilised, however an upgrade some of the network hardware may be required to deliver the necessary quality needed for voice calls. Internal calls can be routed over an existing phone network or computer network and these calls within the same office can typically be conveyed over the phone network. Calls to other company locations will get routed over the computer network and calls to external phone numbers connect to the public telephone network through the network via a gateway. There are no compatibility issues to worry about as all calls connect seamlessly to any phone user. 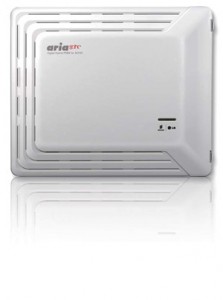 Businesses with multiple locations have the single biggest advantage of a VoIP Phone System. This is due to VoIP phone systems providing any and all offices on a LAN or WAN with the benefits of having a common office phone system, including extension dialing, seamless call transfers, and all the other features. As well as making it easier to communicate, this sharing of features can enhance collaboration as employees at different locations can truly feel like they are part of the same business. And best of all, if they are on the company network, the phone calls are free – even if the offices are located thousands of miles apart.

Other cost savings also stem from this streamlined network. VoIP systems mean they only have one network to maintain instead of two. Because multiple offices are seamlessly connected, a single receptionist can be shared along with a auto-attendant and voice mail system. Remote users can also connect to the company network via a Virtual Private Network (VPN), so a VoIP phone system allows phone calls from any location at no extra charge. All a user needs is a “soft phone,” (software that lets a laptop function as an IP phone), a PC microphone, and speakers.